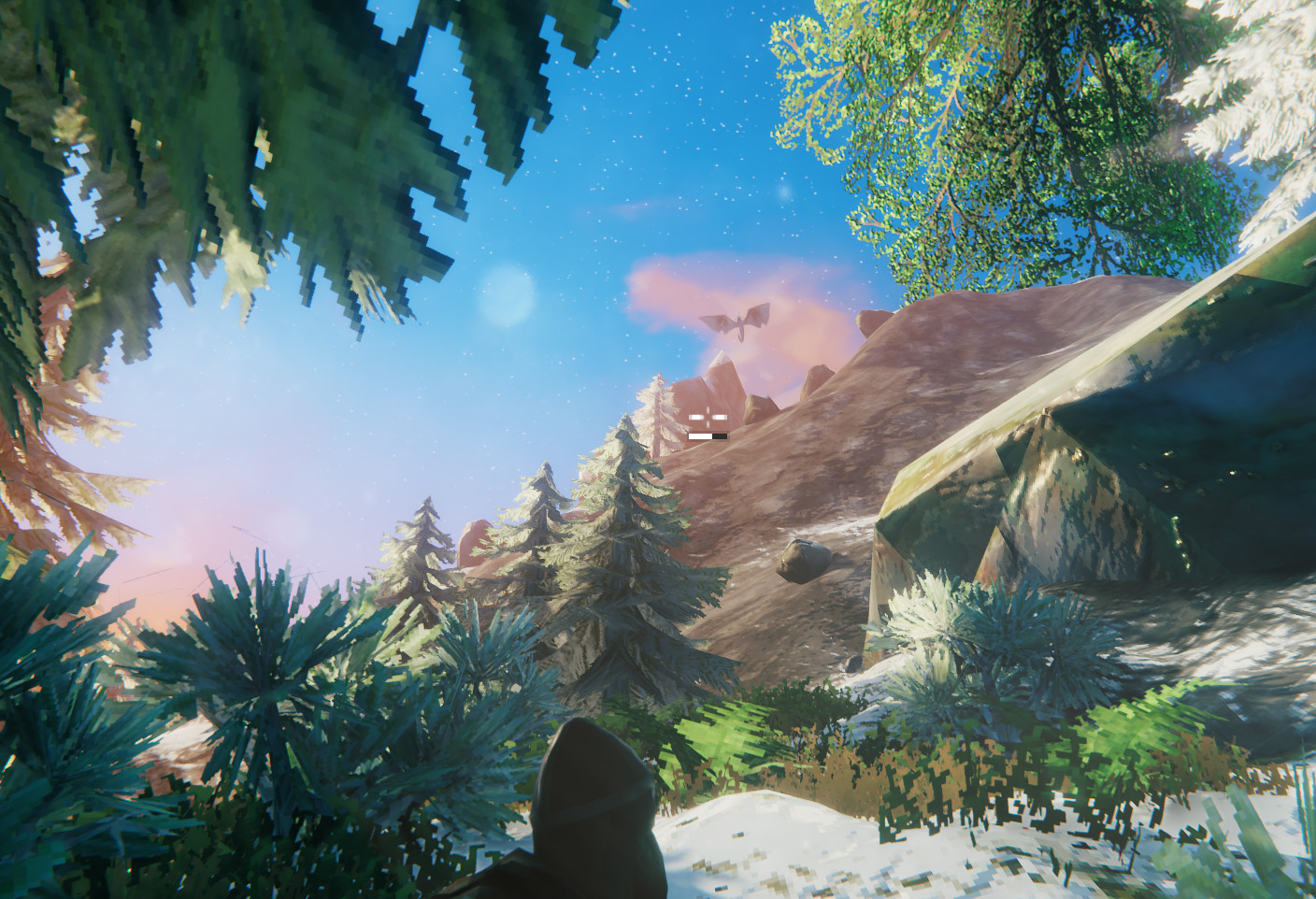 3 days after the Valheim was released as early access on Steam. I had read this article from PCGamer.com:
https://www.pcgamer.com/valheim-felt-like-a-typical-survival-game-until-i-summoned-an-angry-heavy-metal-stag-from-valhalla/

Because of my interest in Conan Exiles and the survival genre I naturally gravitated to this mysterious game. I thought why not give it a try. As a friend mentioned “if you don’t like it just return it”. I thought to myself I may not like this game it seems so low definition. Once I started it however… with the proper resolution and full-screen mode setup I noticed that the game is incredibly beautiful. The world feels alive! So much work went into the small details of the game that kept me surprised. Such as when I went to cut down a tree and then it fell on me and I died! I’ve never had any risks of injury from any previous survival games. Or after having built a little home with a camp fire in it, the smoke from the fire would just curl against structures. I also quickly learned that you must build a chimney in order to prevent death. Another welcome surprise.

This game sold 3 million copies in less than three weeks. Incredible and i’m not surprised. After playing the game for yourself you’ll see why it is easy to get hooked.

I just read this latest article on eurogamer.net and was surprised to see it in the top charts for concurrent players on Steam beating some big games including Rust!
https://www.eurogamer.net/articles/2021-02-22-valheim-hits-500k-concurrent-players-on-steam

A few friends and I have a gaming community in Discord where we host our private servers for the games we love such as Conan Exiles, Rust and Valheim. If you’re interested feel free to reach out to me and i’ll send you a private link. Contact Us

Do you want to repair your computer?